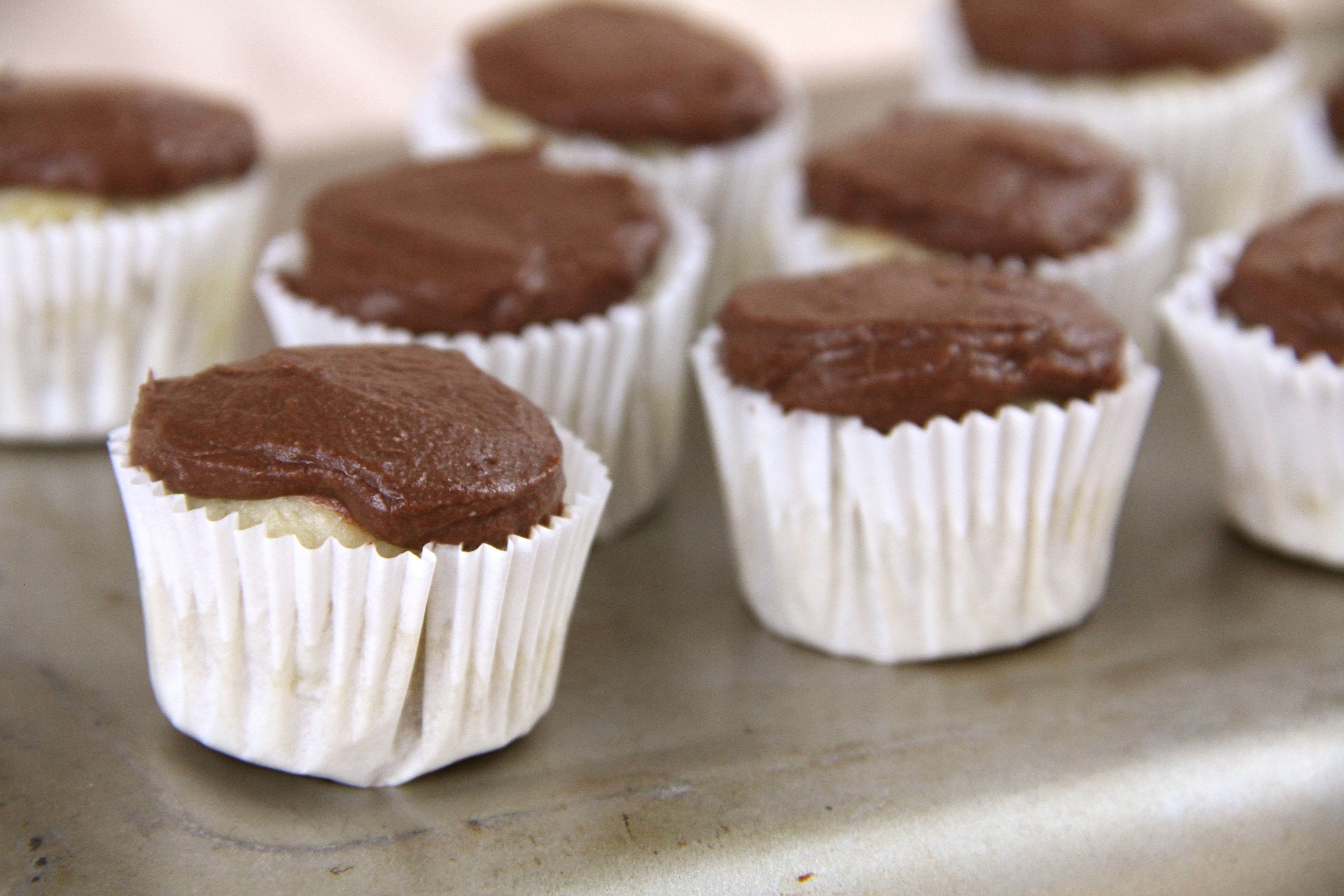 I am a wallflower. A terrible, terrible wallflower. I stand in the corner by myself and simply smile at people like a mute mime as they brush past me to fill a plate with chips and dip, crackers and cheese, or those little pigs-in-a-blanket concoctions. Since I enjoy those awkward evening oh so much, I usually decline politely and spend the night on my own couch with a slice of chocolate cake instead.

Recently, a group of ladies from work invited me to their Girl’s Night In. Because I barely remembered half of their names, I nearly gave out some late apologetic excuse, but then came the bait that lured me in…

And with that, my mind started spinning faster than a hamster in a squeaky running wheel. I could bake! The perfect excuse to try a new recipe (and avoid having leftovers for eight days in a row). Cookies, brownies, fudge balls?… 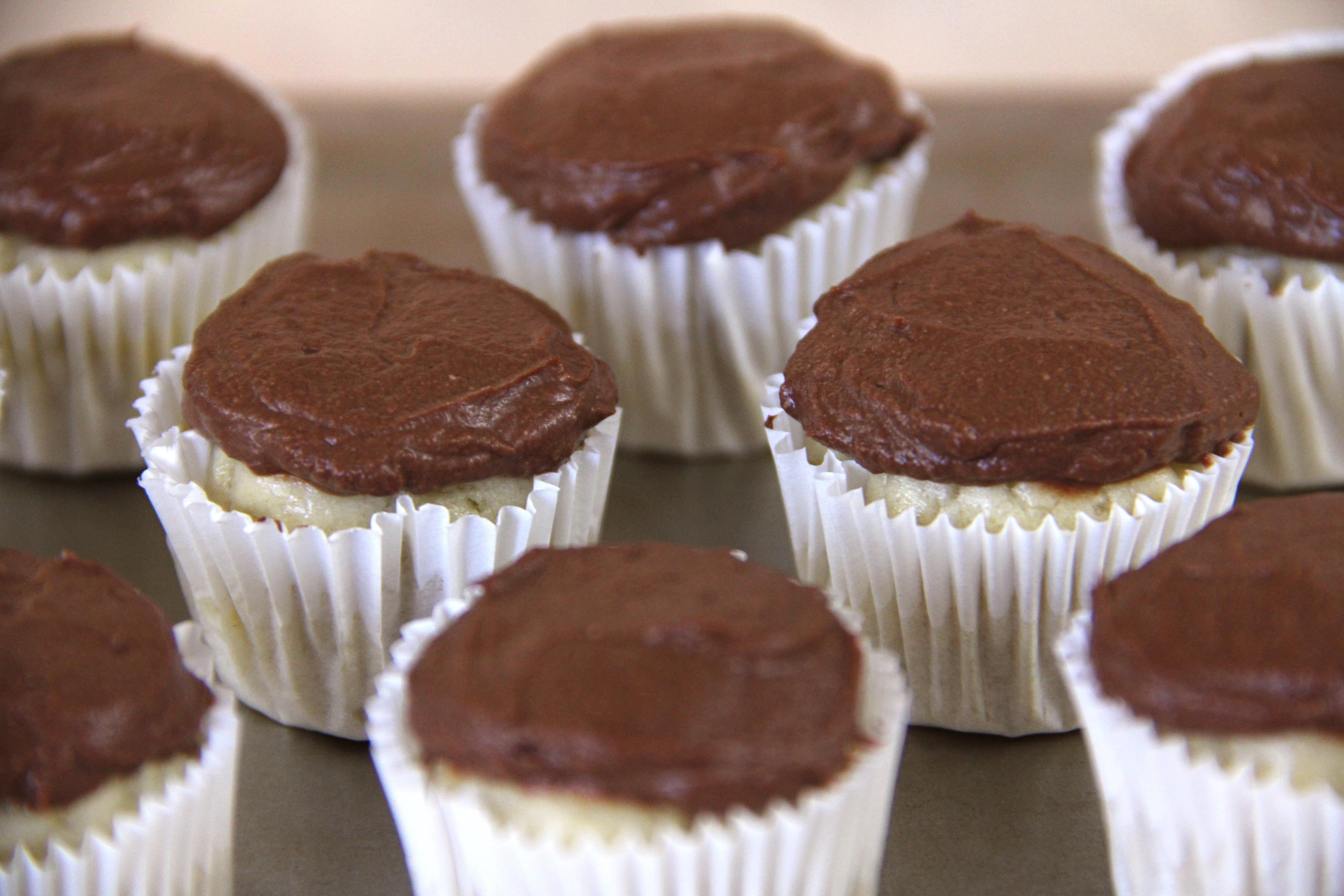 Or mini cupcakes! To make these cute bite-sized treats absolutely irresistible, I filled them with a little surprise… Sweet raspberry jam.

Although I nervously knocked on the door and shyly partook in conversations, I couldn’t keep my mouth shut once the girls tried and gushed over my cupcakes! Turns out that a few of them enjoy baking just as much as I do, and one girl even considered a career in molecular gastronomy too. Hours later, I left with strained stomach muscles from too much laughter and glowing cheeks from so many compliments.

Who knew that a tiny treat could catalyze such a big change? 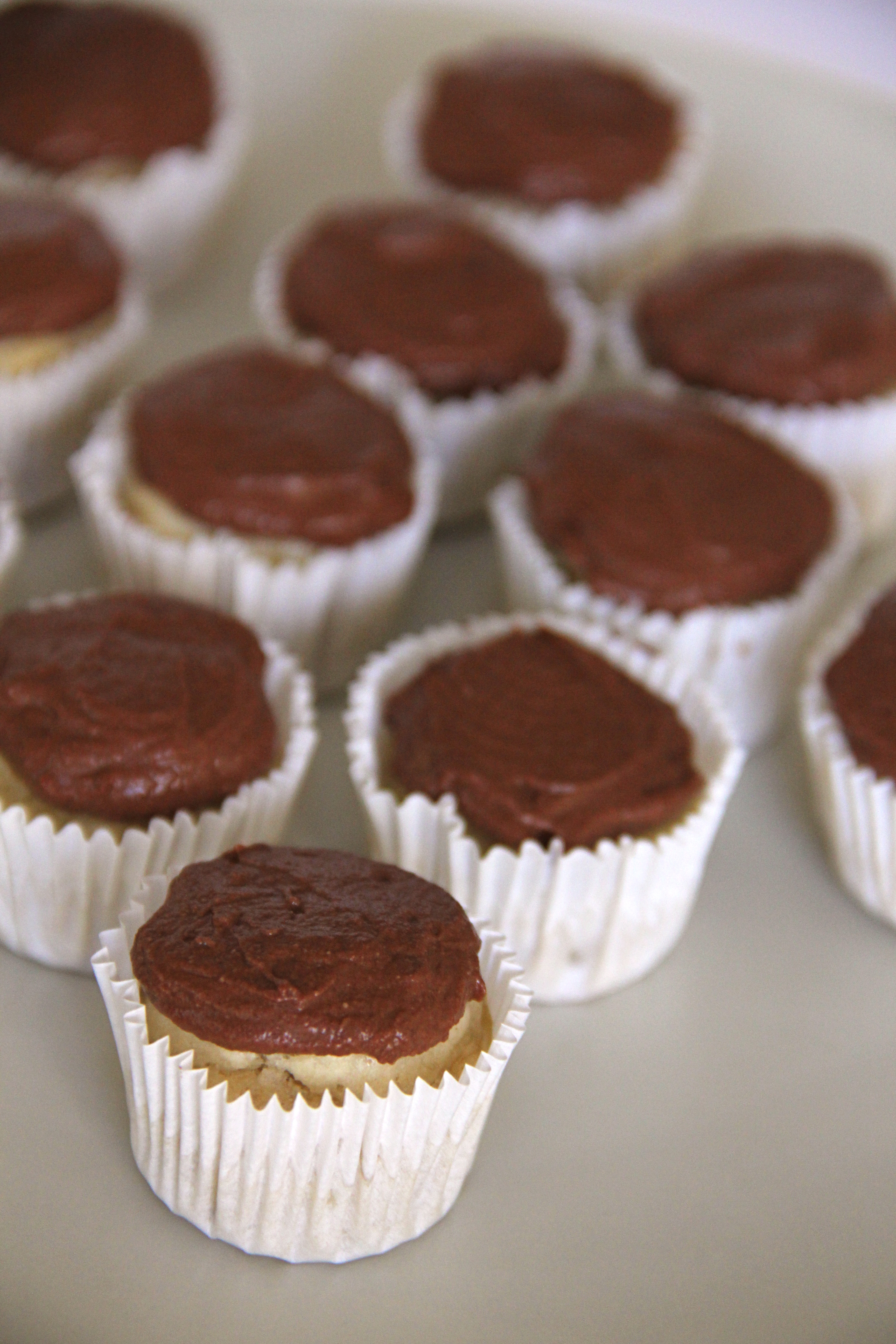 The cupcakes and frosting can be prepared separately a day or two before. Store the cupcakes in an airtight container and the frosting in the refrigerator until ready to assemble and serve.

The Healthier Chocolate Treats cookbook is perfect for any and all chocolate lovers. Whether you enjoy chocolate occasionally or every single day (that’d be me!), there are plenty of goodies inside for you! Healthier Chocolate Treats contains 50+ brand new healthier recipes. These recipes have never been seen before or appeared on my blog. You won’t find them anywhere else! And yes—every single one contains some form of chocolate. Whether you prefer milk, dark or white, there are lots of treats inside for you!     What Inspired You to Write Healthier Chocolate Treats? I have always loved chocolate. Every Halloween throughout my childhood, I inverted the entire contents of my bright … END_OF_DOCUMENT_TOKEN_TO_BE_REPLACED