Tender scones bursting with bright sunshiny flavor! They’re perfect for any lemon lover. With their soft texture, you’ll never guess they have just 2 tablespoons of butter! 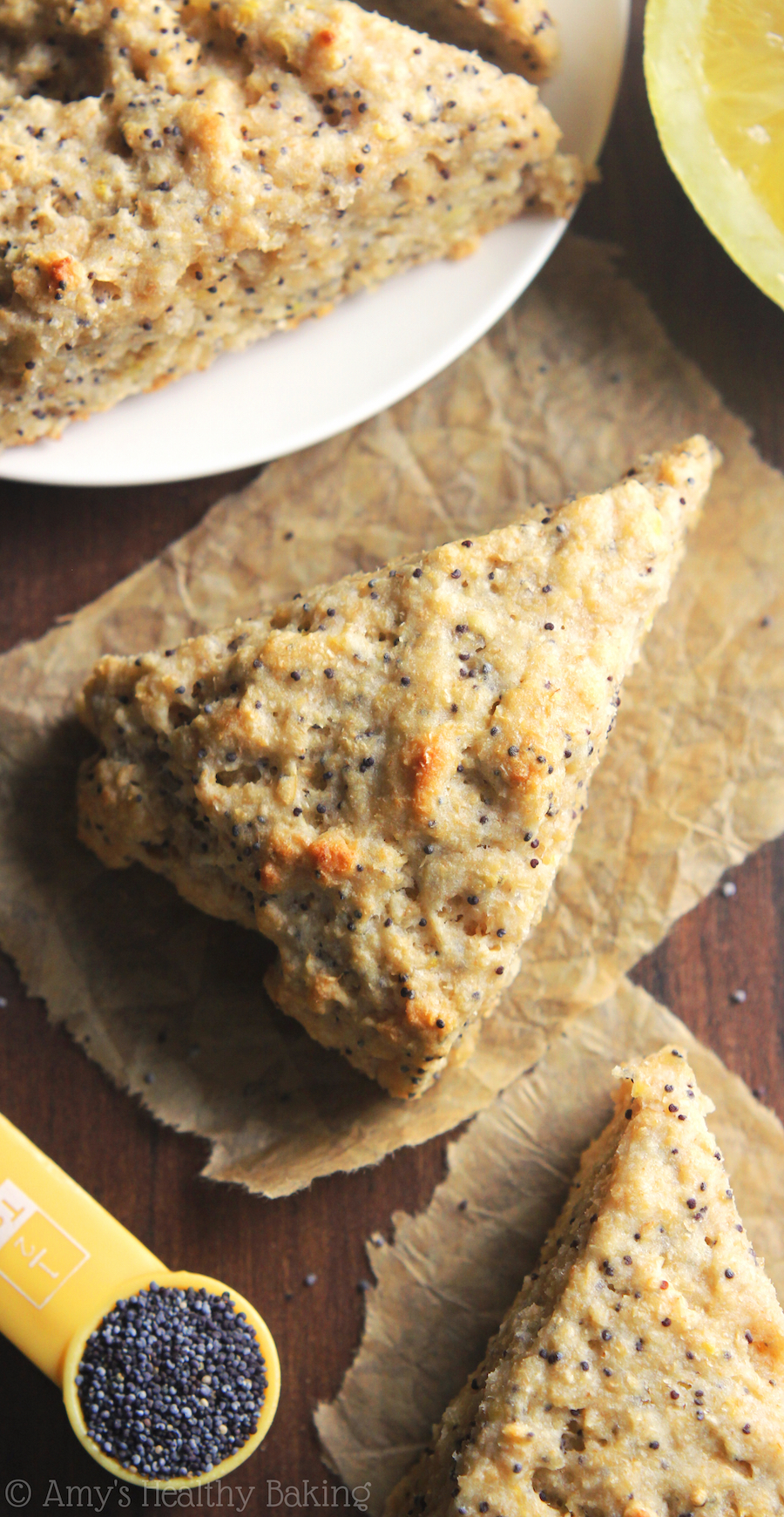 The night before we attended my brother’s college graduation ceremony to cheer on his record-setting 18 A+ grades and devoured fancy deep-dish pizzas to celebrate, our family bought tickets to attend our old high school band’s spring concert. Although I finished high school ages ago and my brother barely knew anyone in the ensemble too, we had a very special reason for going.

The new band director decided to create a slightly more modern program than the Tchaikovsky and Mozart my old director selected for us, which included six fun percussion-only pieces, as well as each of the three concert ensembles (freshman, regular, and elite) playing an electronic song. 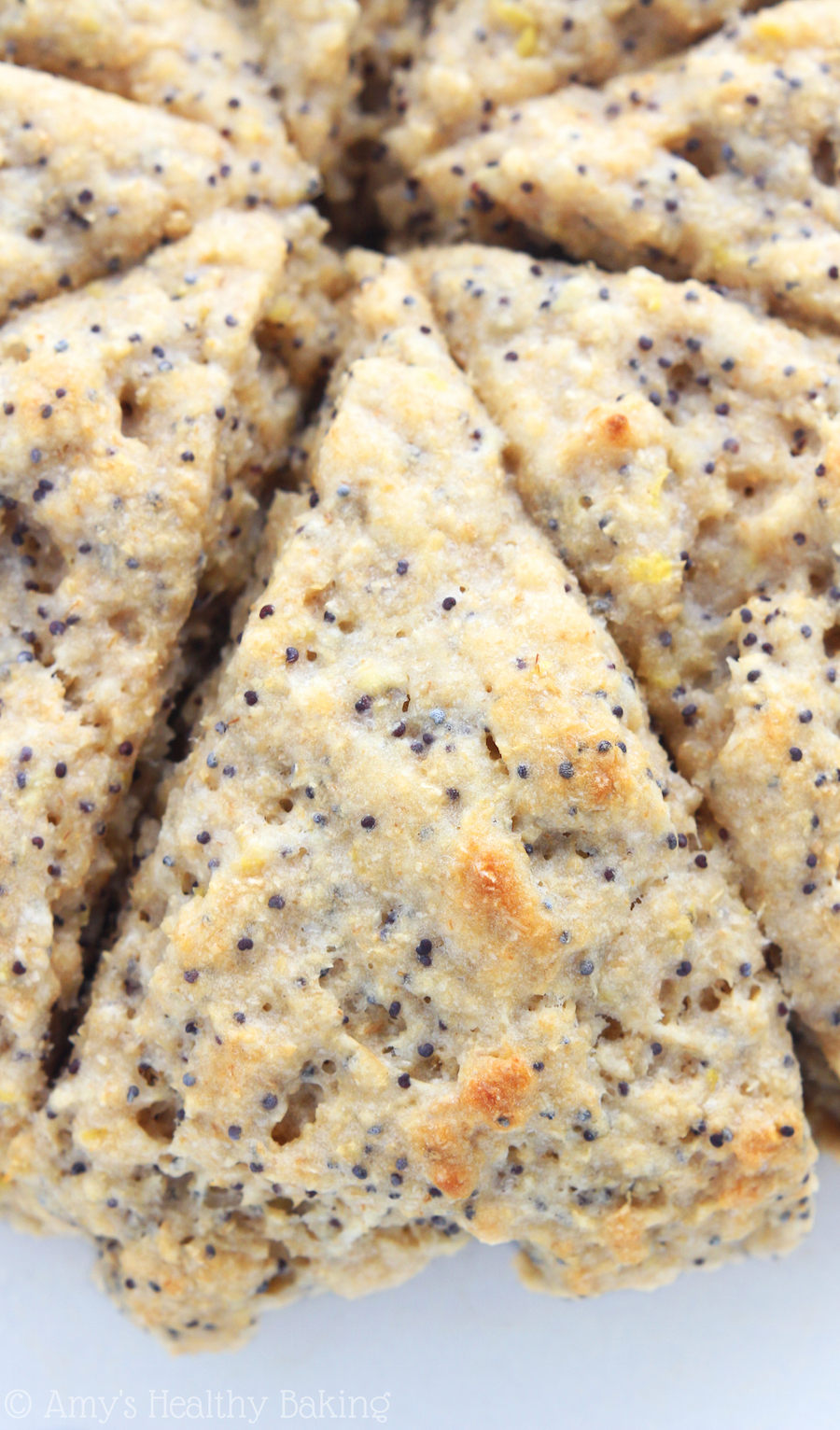 For those new-age songs, the band performed a typical classical piece, while a laptop plugged into speakers played the accompanying electronic melodies. The director would press a tiny headphone into one ear while conducting the band, and he glanced offstage every so often to check in with the assistant director standing behind the computer.

Before the second ensemble began their electronic piece, a traditional song with the electronics added afterward, the band director called my younger brother up to the stage. My brother had actually composed the electronic accompaniment as a senior in high school, and the band had played it in a concert competition that year! He graciously spoke about how the band director had invited him to create the piece and explained his concept for the electronic sounds, and as the band played the song, both my mom and I were fighting back proud tears. (I’m actually crying now as I write this!) 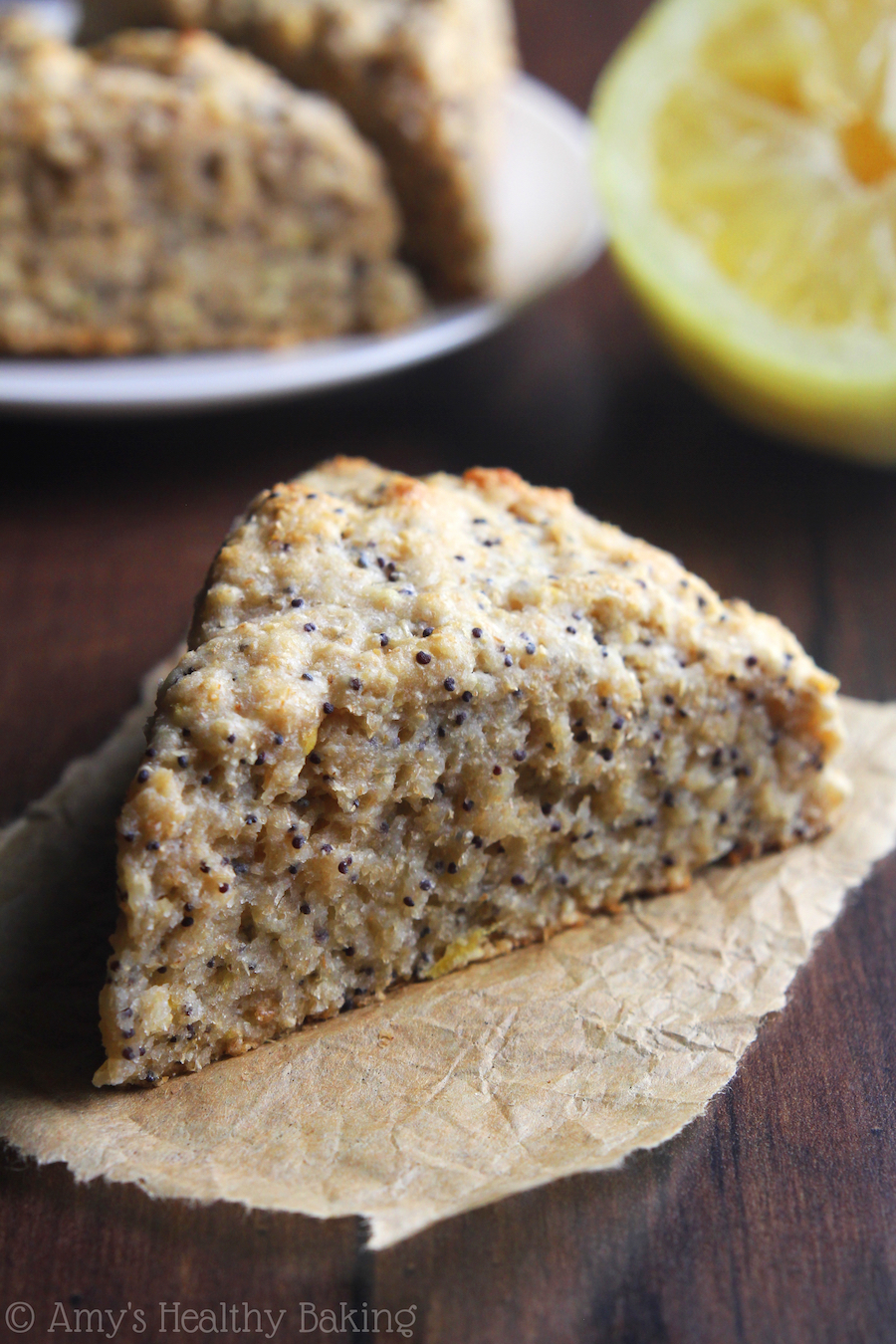 Just like how my brother added a creative twist to a familiar song, I put a little spin on a classic flavor combo. Instead of the iconic muffins, I created these Lemon Poppy Seed Scones for my brother as the last installment of Lemon Week!

The scones’ flavor comes from both lemon juice and lemon zest. The latter provides the majority of the bright sunshiny taste. The oils in the lemon peel pack in quite a flavor punch, much more so than the juice, so don’t skip the zest! If you can find them, I recommend Meyer lemons because they’re slightly sweeter. 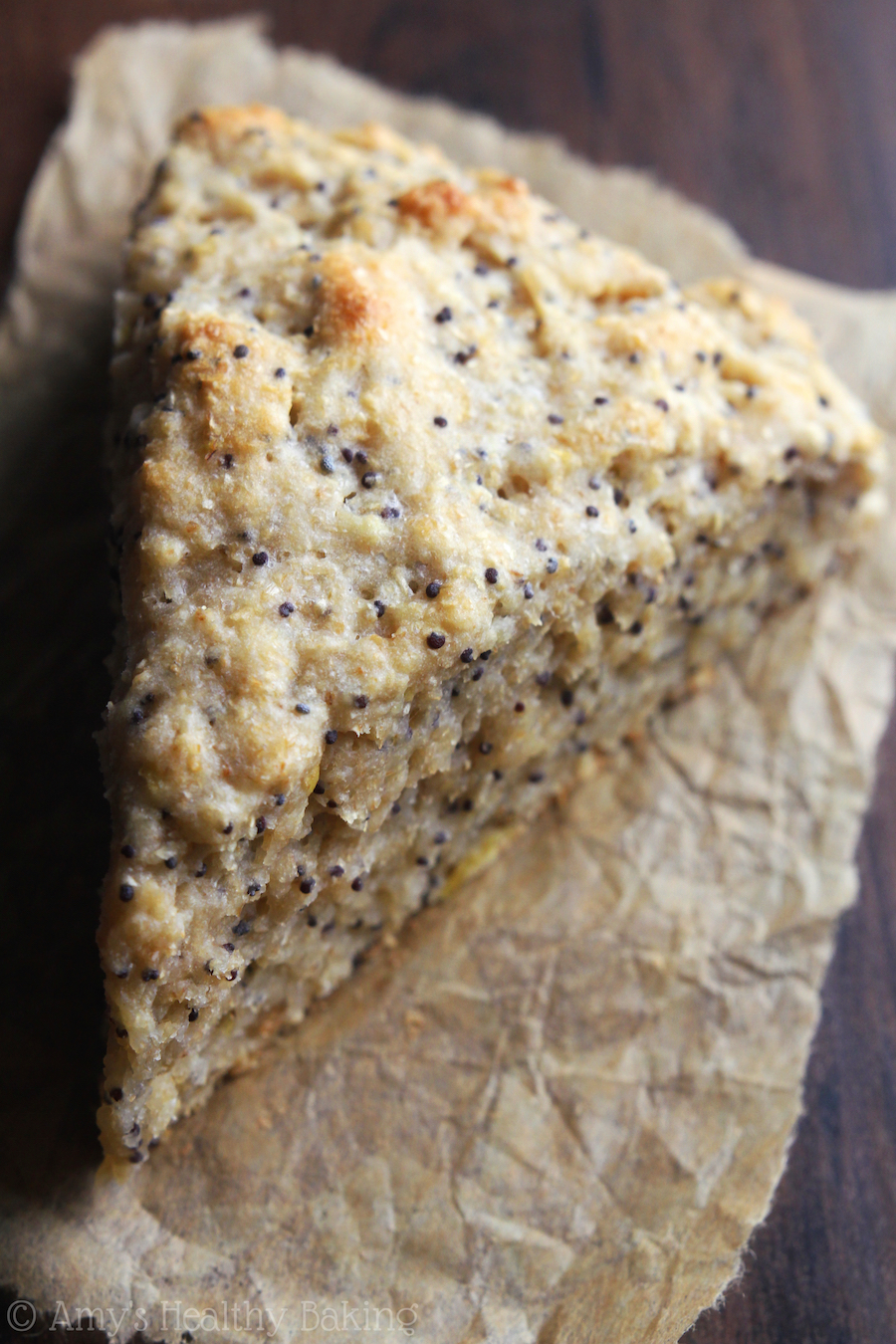 While traditional scone recipes require 1 or 2 sticks of butter (plus heavy cream) to keep them tender, these healthy ones use just 2 tablespoons! The rest of the moisture comes from Greek yogurt. It’s my secret weapon in healthier baking, and I’ve used it in everything from muffins to cupcakes to frosting. It provides the same moisture as additional butter or oil but without the excess calories. Greek yogurt also gives your baked goods a little protein boost!

Just before baking, we’ll slice the scone dough into 8 wedges and brush each with milk. The milk helps create their characteristic crusty exterior, which contrasts beautifully with the lovely tender texture on the inside. 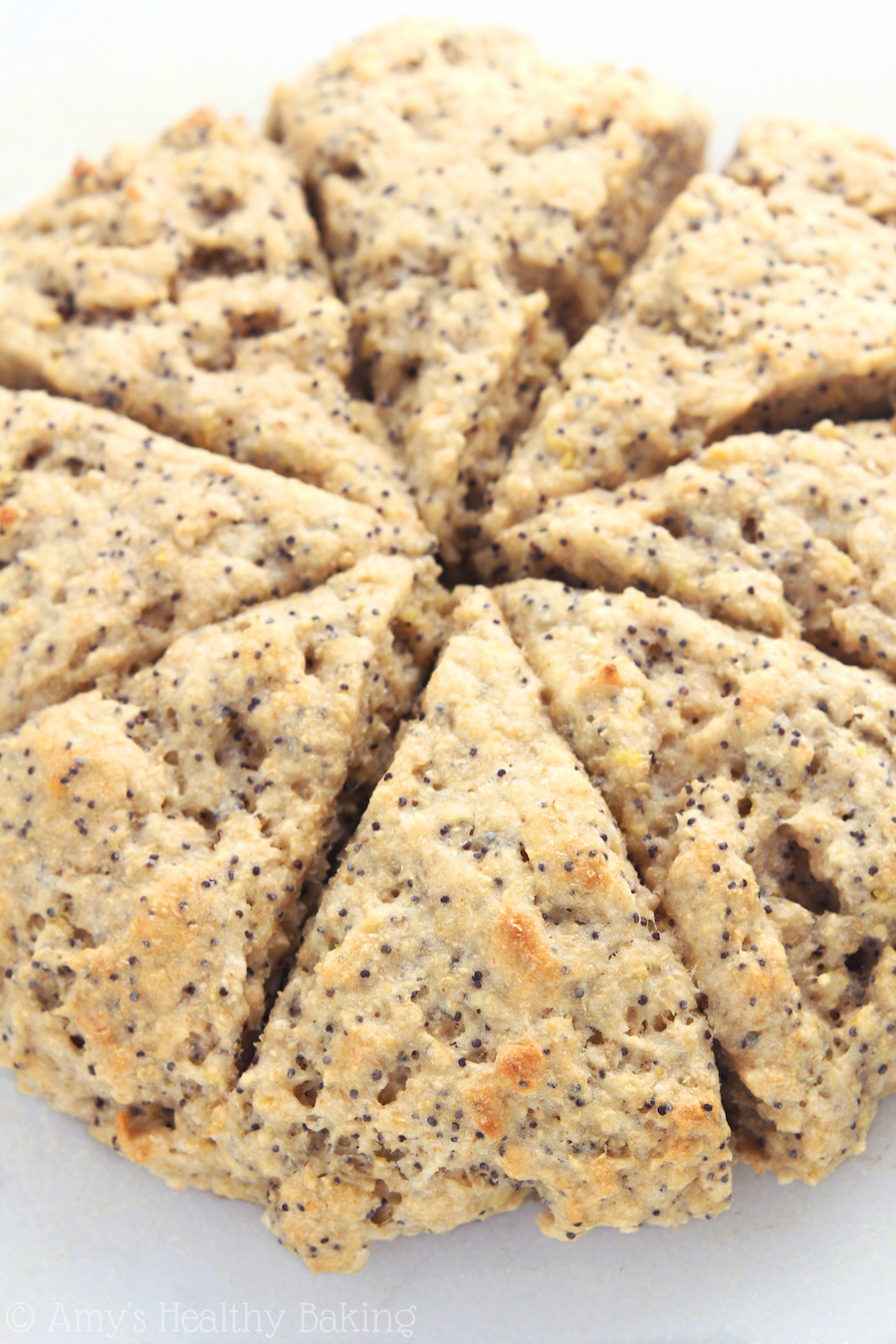 Although it’s pure torture to sit around waiting for the buzzer to ding with the warm, lemony aroma wafting throughout the kitchen, I promise these scones are worth it! Paired with a cup of tea or iced coffee, they’re such a lovely sweet breakfast or snack.

And as for my brother’s opinion… I didn’t see a single crumb left! 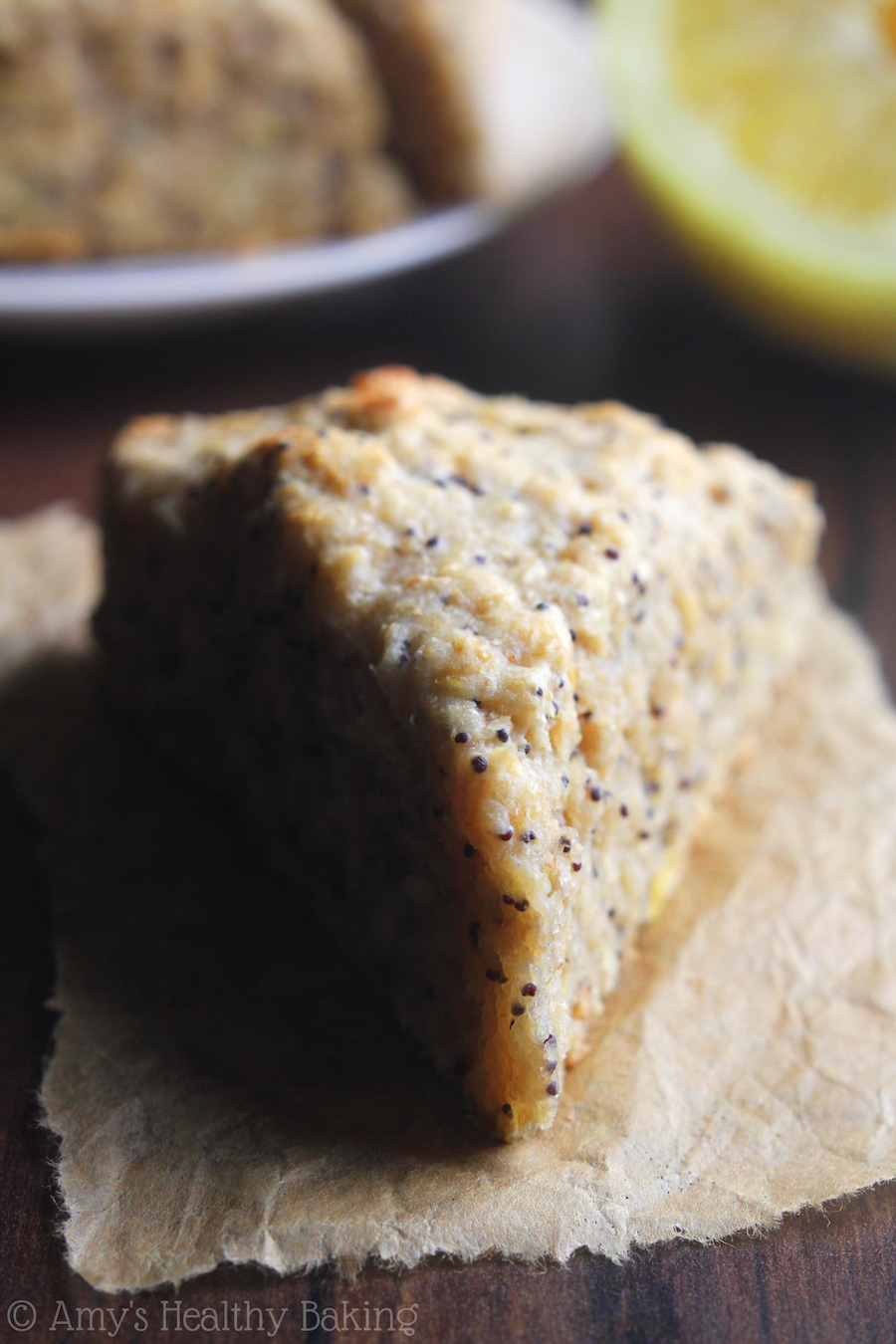 Yields: 8 scones
These sunshiny scones are perfect for lemon lovers! They have a light crust with soft and delicate interior. They’ll keep if stored in an airtight container on the counter for up to 3 days, or in the refrigerator for up to 6 days.
Notes: Maple syrup or honey may be substituted in place of the agave. Any milk (soy, almond, cashew, etc.) may be substituted for the nonfat milk. 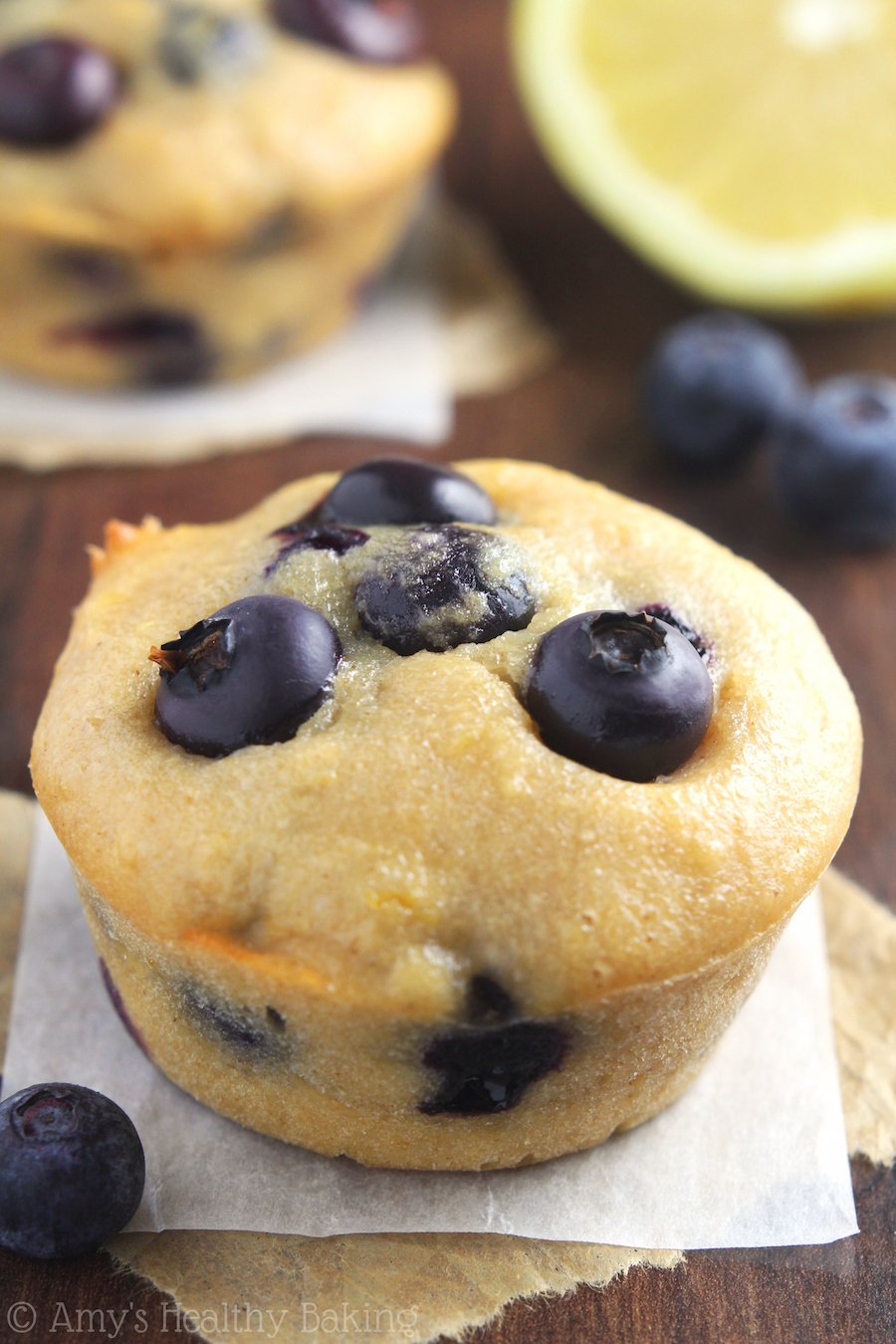 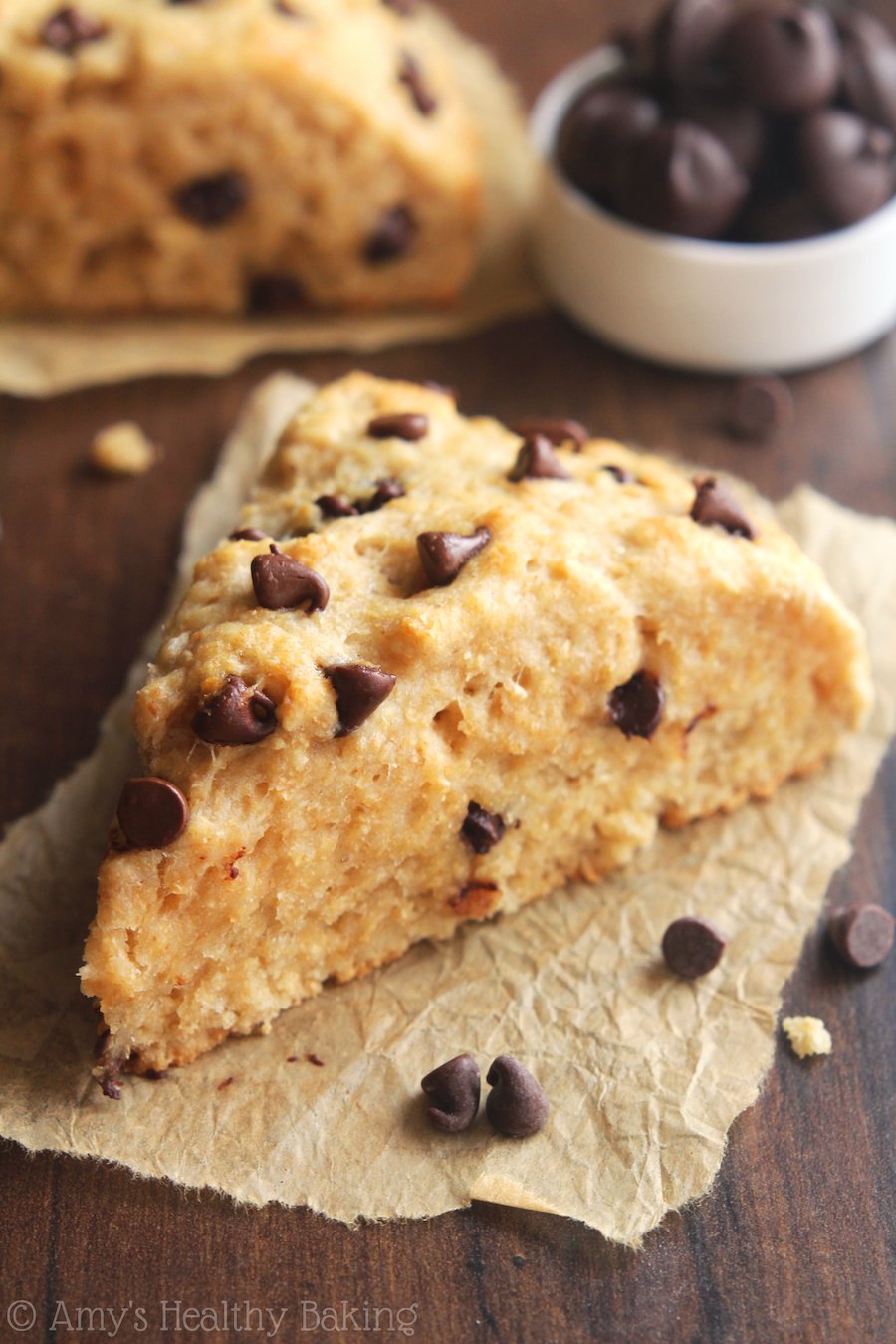 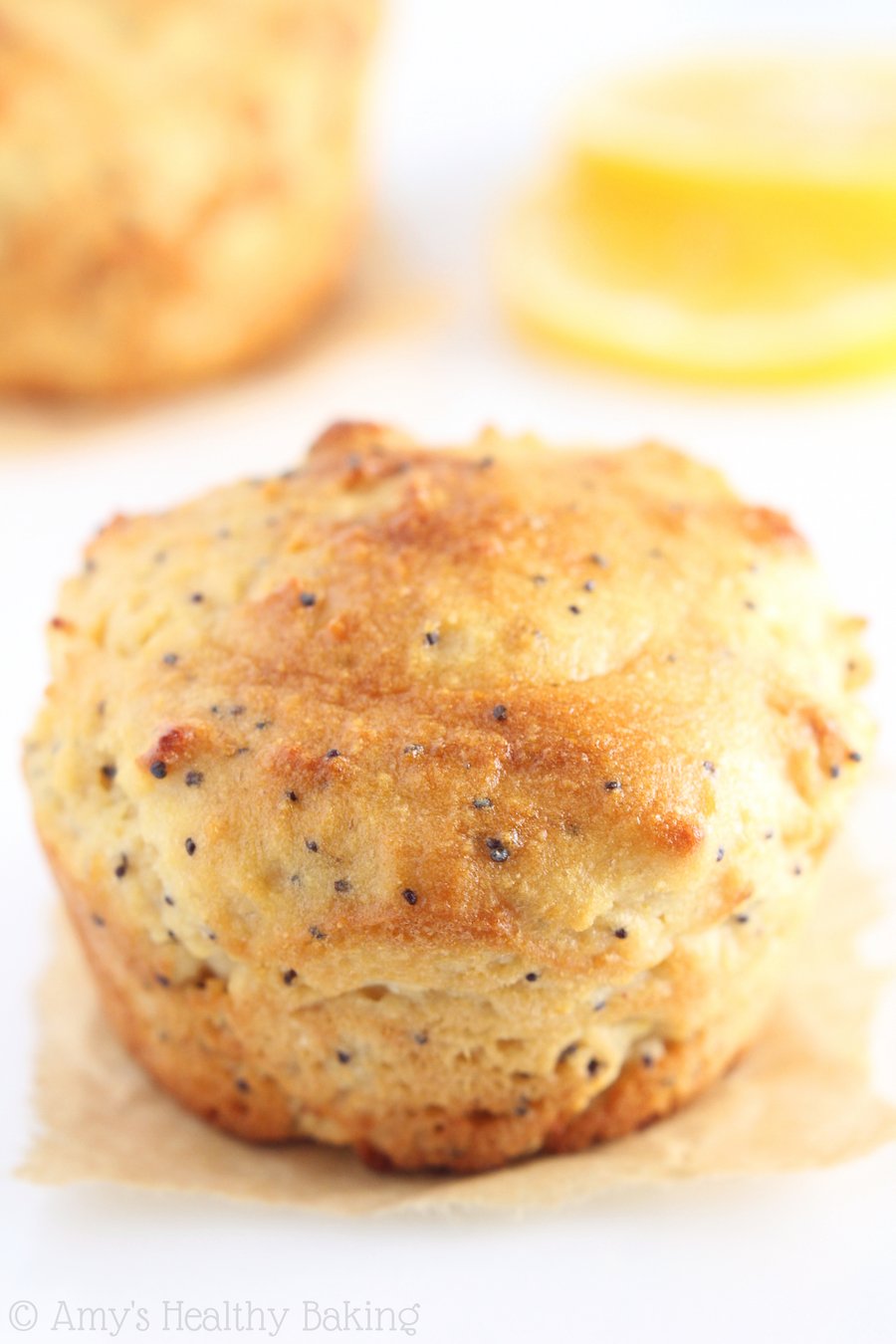 ♥   Strawberry Lemon Scones with Lemon Glaze by Keepin’ It Kind

The Healthier Chocolate Treats cookbook is perfect for any and all chocolate lovers. Whether you enjoy chocolate occasionally or every single day (that’d be me!), there are plenty of goodies inside for you! Healthier Chocolate Treats contains 50+ brand new healthier recipes. These recipes have never been seen before or appeared on my blog. You won’t find them anywhere else! And yes—every single one contains some form of chocolate. Whether you prefer milk, dark or white, there are lots of treats inside for you!     What Inspired You to Write Healthier Chocolate Treats? I have always loved chocolate. Every Halloween throughout my childhood, I inverted the entire contents of my bright orange jack-o-lantern bucket … END_OF_DOCUMENT_TOKEN_TO_BE_REPLACED