A one-bowl recipe for fudgy brownie bites made without flour, butter, dairy, or refined sugar. They’re so rich & barely 40 calories—but nobody can ever tell! 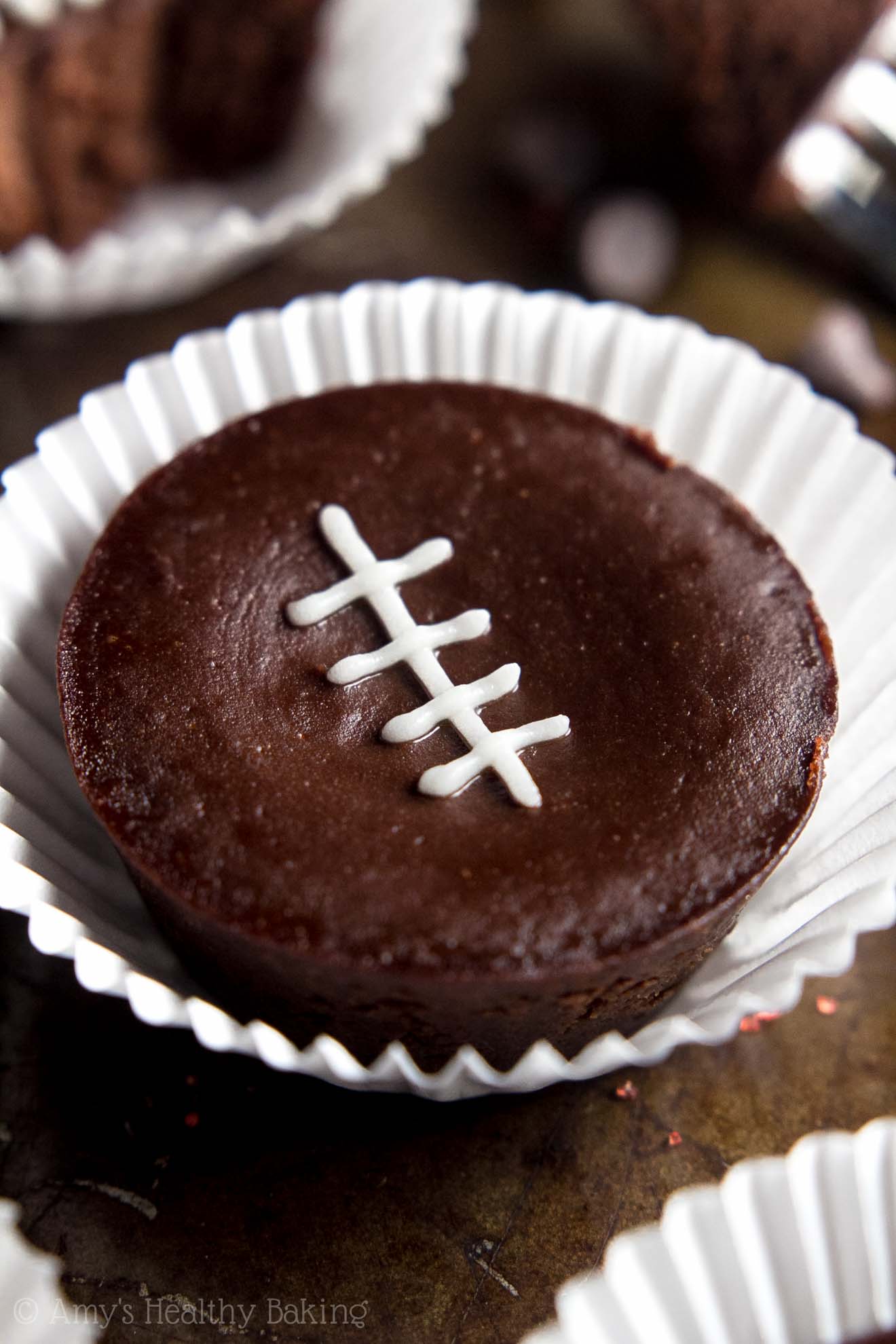 Today’s recipe is sponsored by Silk. They make the thick and creamy Unsweetened Cashewmilk that’s in these irresistible brownies!

If you’ve been reading my blog for a while, you may recall that I’m a huge baseball fan. I listen to games on the radio while baking and photographing in the afternoons, I watch more baseball games on TV than I do shows on the Food Network, and my dad and I are in the process of visiting all 30 Major League Baseball stadiums together (we’ve checked off 22 so far!).

However, when my guy and I first met, he barely cared about baseball and only watched the World Series in October, if he remembered about it at all. Instead, he paid attention to hockey and football, and he obsessed over those sports the way I did baseball.

Thank goodness those three sports’ seasons only slightly overlap… Otherwise we could’ve had quite a few fights over the remote! 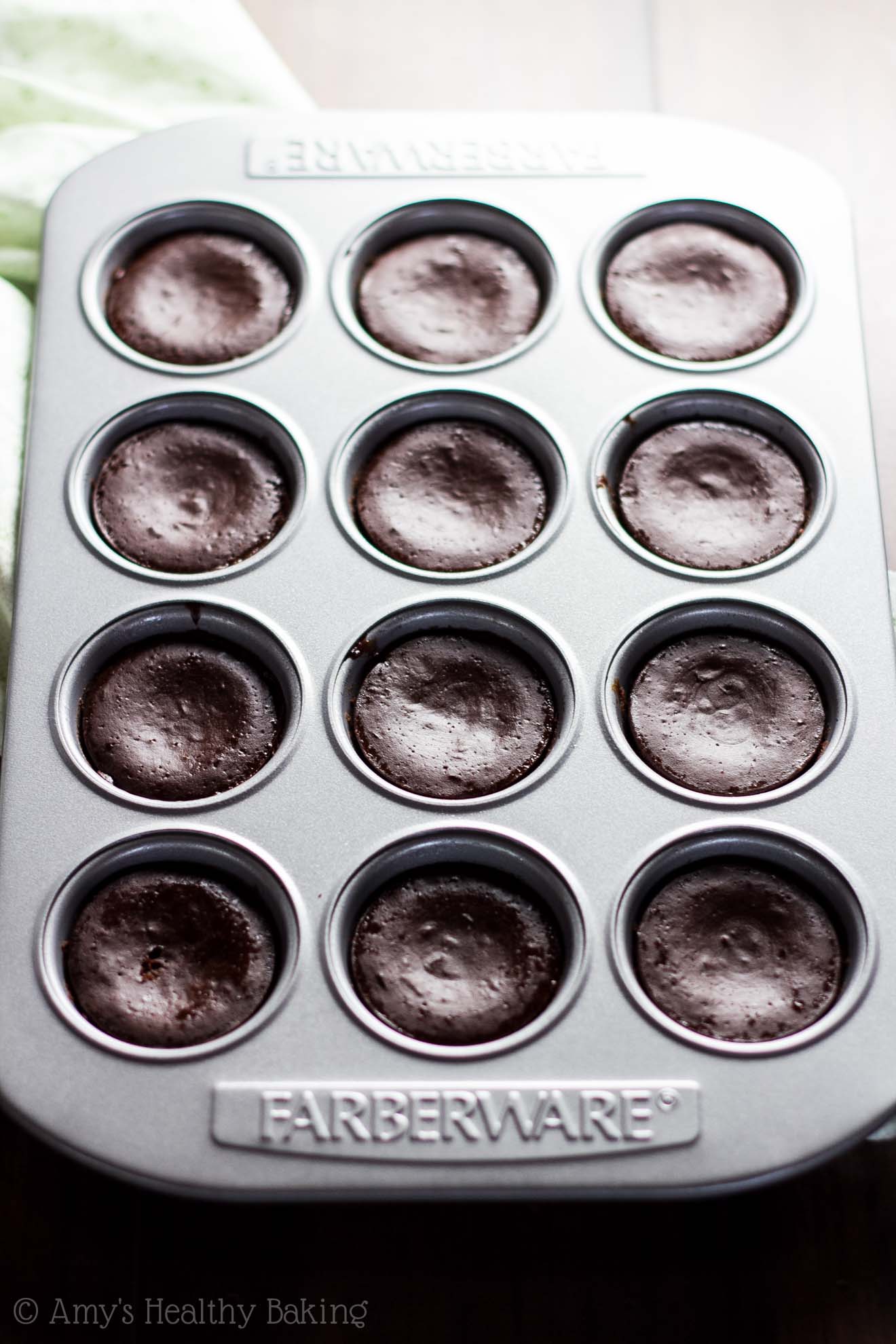 So during the winter once the World Series ended, the TV played football game after football game on Sundays, as well as the featured matchups on Monday nights, so my guy could keep an eye on his Fantasy Football team in the bracket he participated in with his college friends. Over time, I slowly learned to appreciate the game and even started reminding him to make his fantasy picks on Saturdays so he wouldn’t forget. 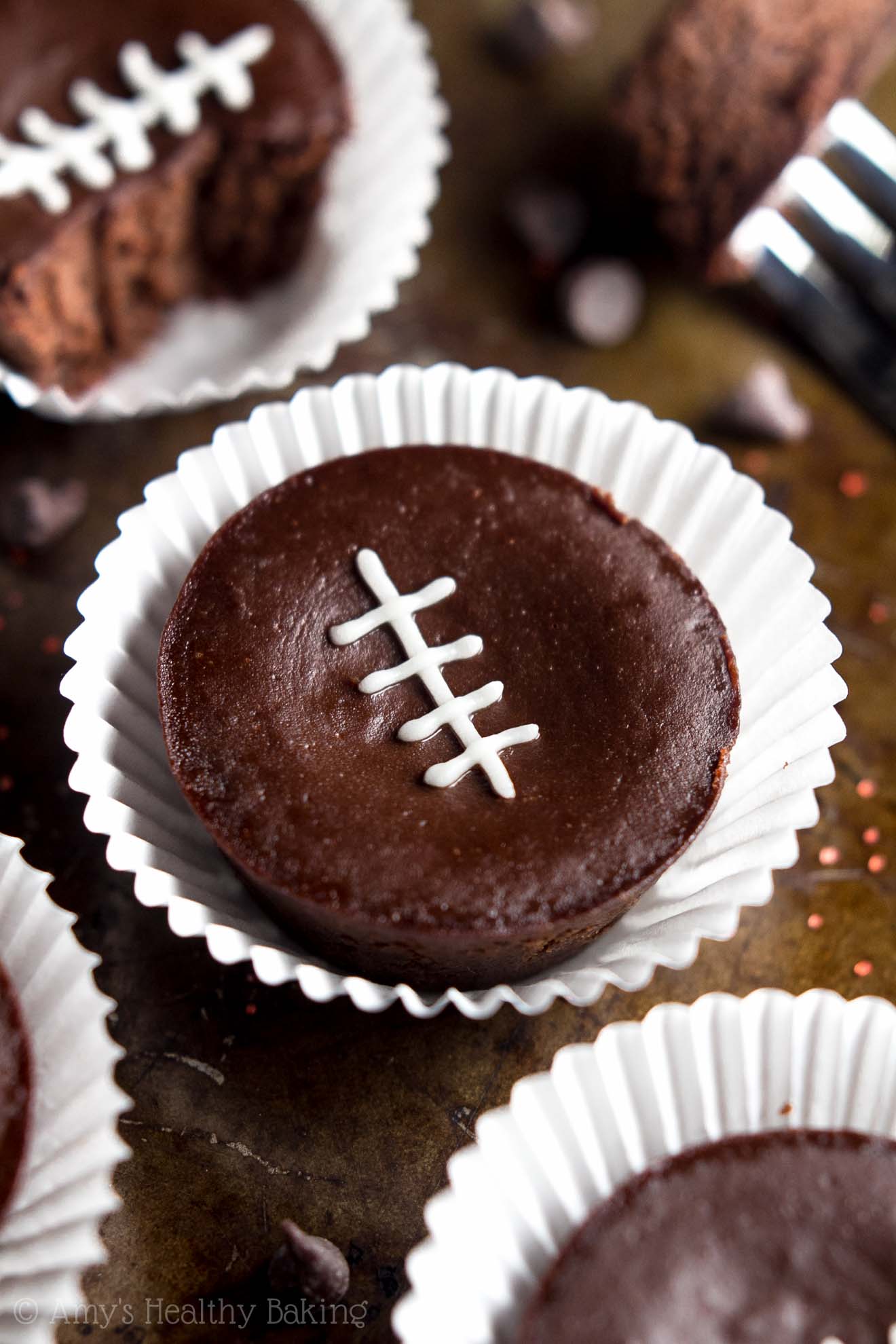 Things like chili, cornbread, shredded BBQ chicken, baked fries, loaded nachos, potato skins… Although my guy loved the original kinds, I usually made slightly healthier versions of those cozy comfort foods for me.

And then the sweets. Partway through the season, I had the epiphany that the actual football was brown… And chocolate was brown… So chocolate desserts could easily be turned into super cute football-themed treats! 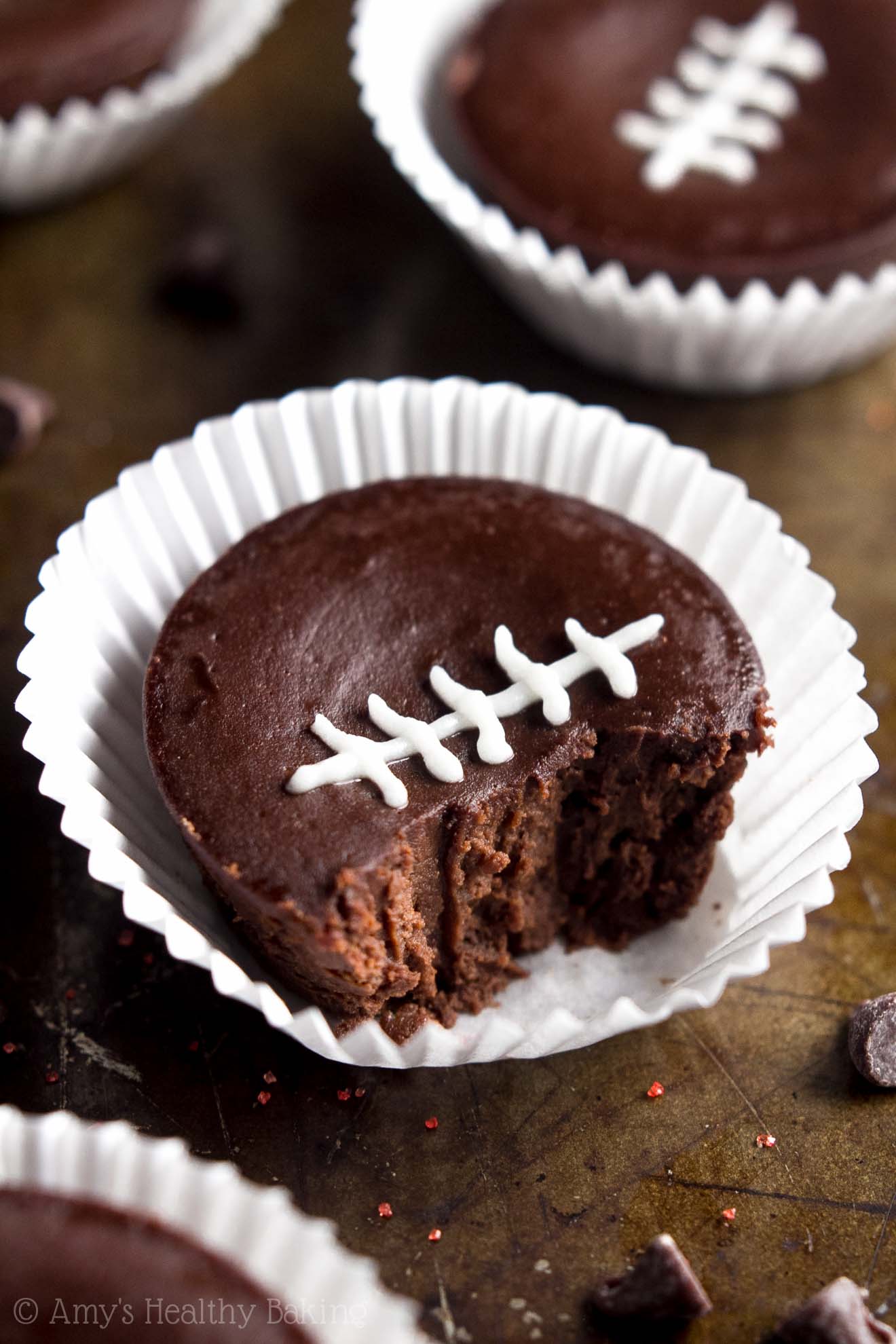 And now, I created a fun twist on regular brownie bites to enjoy this season: these Flourless Football Brownie Bites! They’re extremely fudgy and decadent, and nobody could tell that they contain no butter, dairy, flour, or refined sugar. I’d definitely call that a touchdown!

Besides, they’re just so cute… 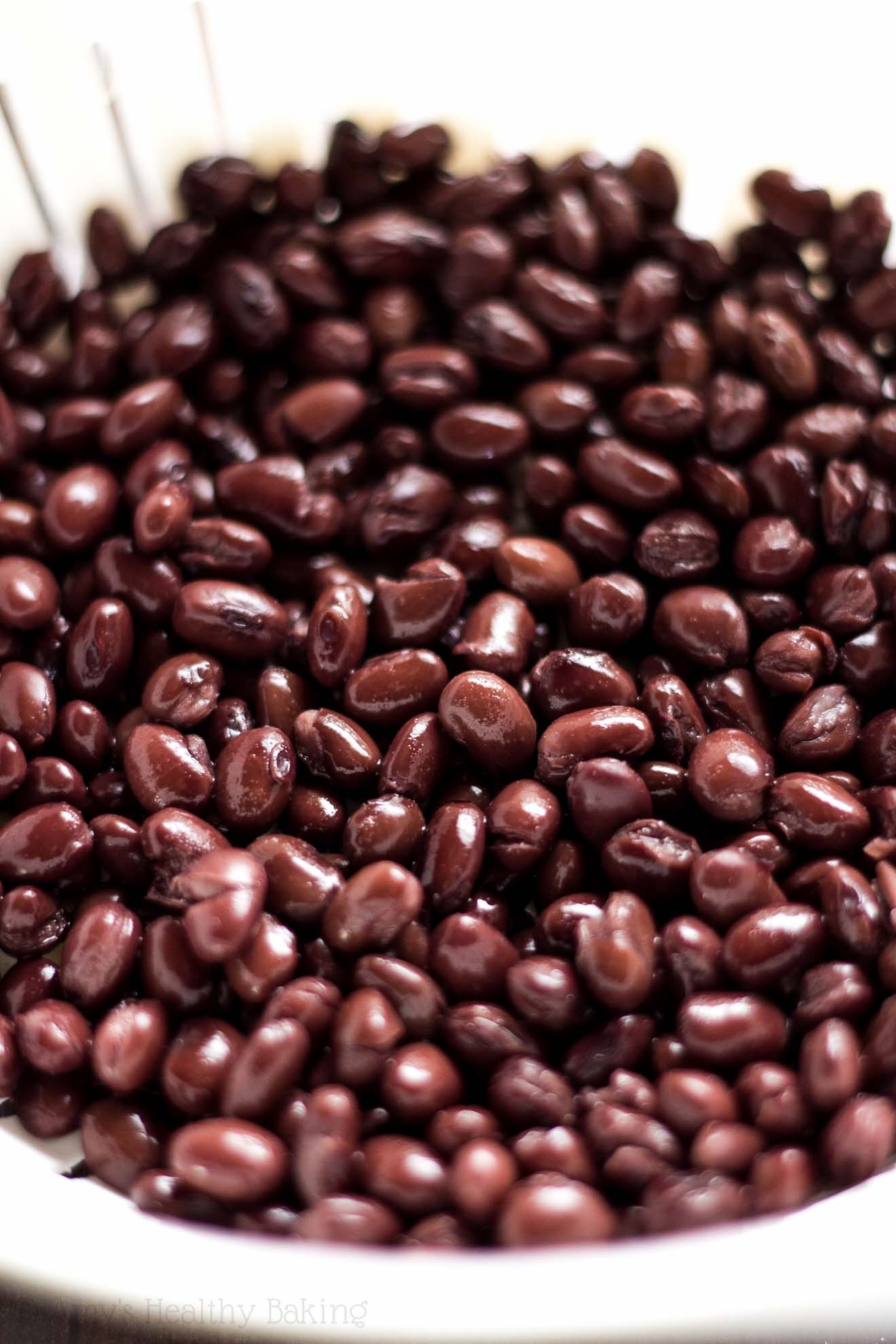 Can you keep a secret?

Instead of flour or melted chocolate, these brownie bites are held together with a special ingredient… Black beans! I know, I know. It sounds crazy to put beans in dessert. But trust me on this! Their flavor completely disappears after baking and letting the brownies cool, and they contribute to the extremely fugdy texture.

Plus the black beans add a big protein boost. That’s a win-win in my book!

Now, just a word of caution… Do NOT taste the brownie batter! The black beans’ flavor is very prominent in the raw batter, so avoid the temptation to lick the bowl. I promise you can’t taste them after baking!

As for the rest of the ingredients, they’re a little more predictable. To keep the brownie bites lighter and lower in calories, you’ll use cocoa powder instead of melted chocolate, extra egg whites instead of butter, and Silk Unsweetened Cashewmilk instead of heavy cream. I absolutely love how the Silk Unsweetened Cashewmilk is thick and creamy, and it adds a similar texture as heavy cream for just a fraction of the calories—only 25 calories per cup! For this reason, I actually buy more cashewmilk than nonfat milk. It’s truly a staple in my fridge!

The best part of this recipe is that you only need one bowl—and that’s your food processor! Simply add all of the ingredients to that, and pulse until the mixture is extremely smooth. You want to minimize the pieces of black beans to keep the texture fudgy and the taste as chocolaty as possible! 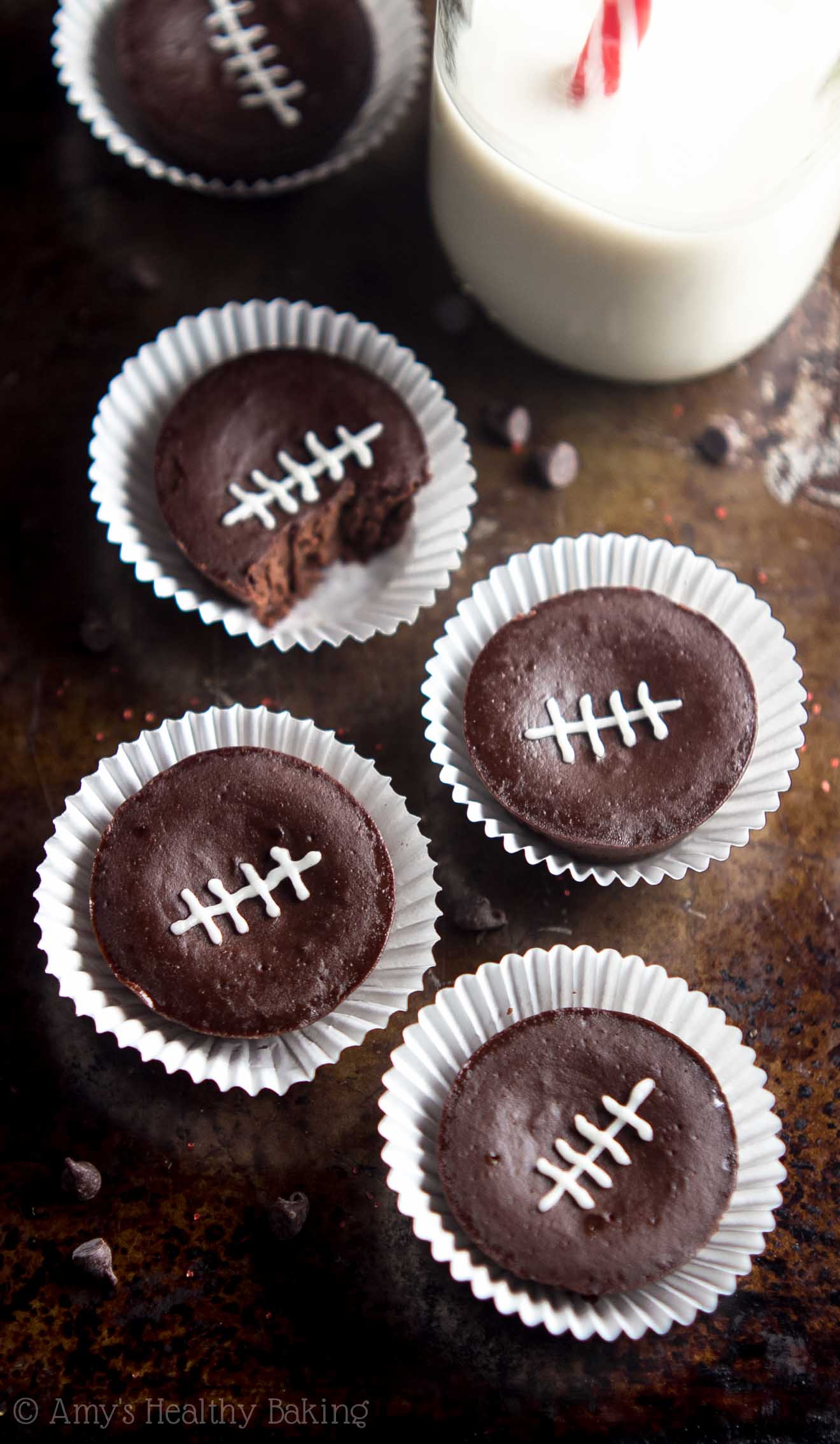 For the best flavor and texture, it’s very important to let the brownie bites cool completely to room temperature and let them rest for at least 3 hours before eating. This helps eliminate any lingering black bean taste and ensures the texture stays extremely fudgy.

Then decorate with a little icing and enjoy your Meatless Monday Night football games! 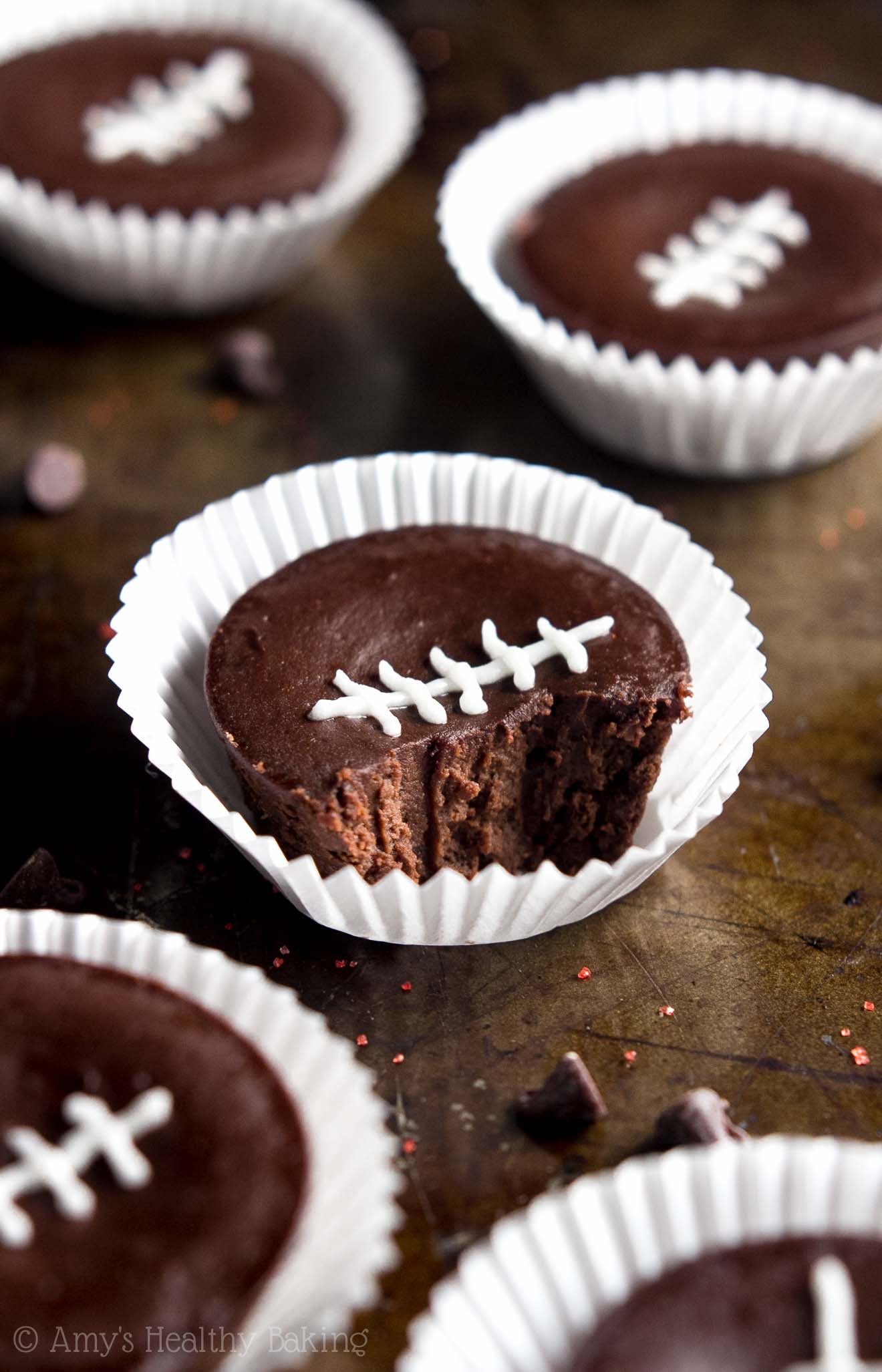 For more fun and easy dairy-free recipes that sideline meat—and for your chance to win an exclusive giveaway!—visit Silk’s website!


Yields: 24 brownie bites
These easy brownie bites are extremely rich, fudgy and chocolaty. Nobody can ever tell they’re lightened up and made without butter, dairy or refined sugar! Leftovers will stay fresh for at least 6 days if stored in an airtight container in the refrigerator.
Notes: Do NOT taste the batter before baking! It will taste very strongly of black beans. However, their flavor disappears while baking and letting the brownie bites rest for the additional 2 hours, so you won’t taste them in the final treats.

Any milk may be substituted in place of the Silk Unsweetened Cashewmilk.

It’s important to line the mini muffin cups with cupcake liners to make it easier to pop the brownie bites out of the tin. 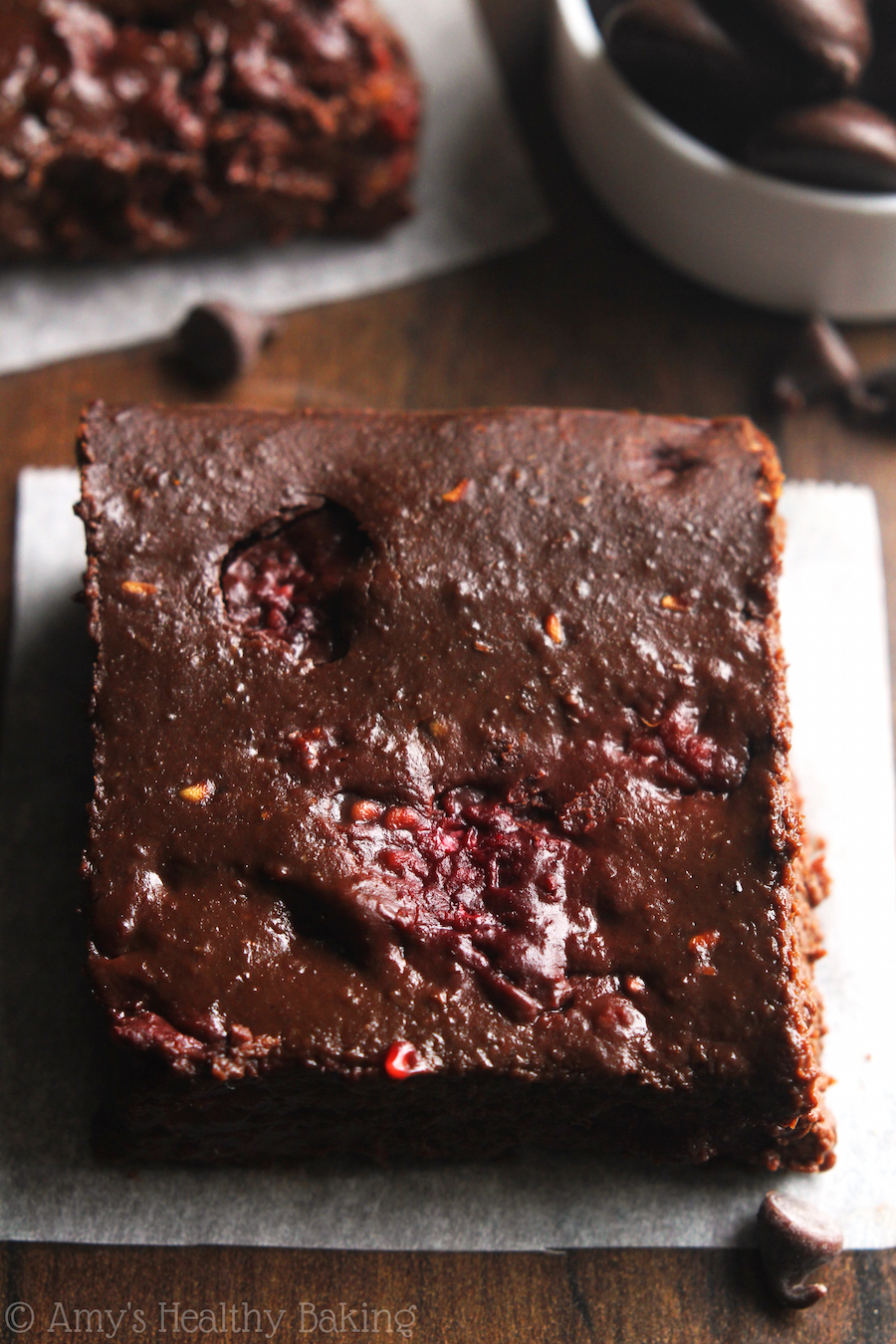 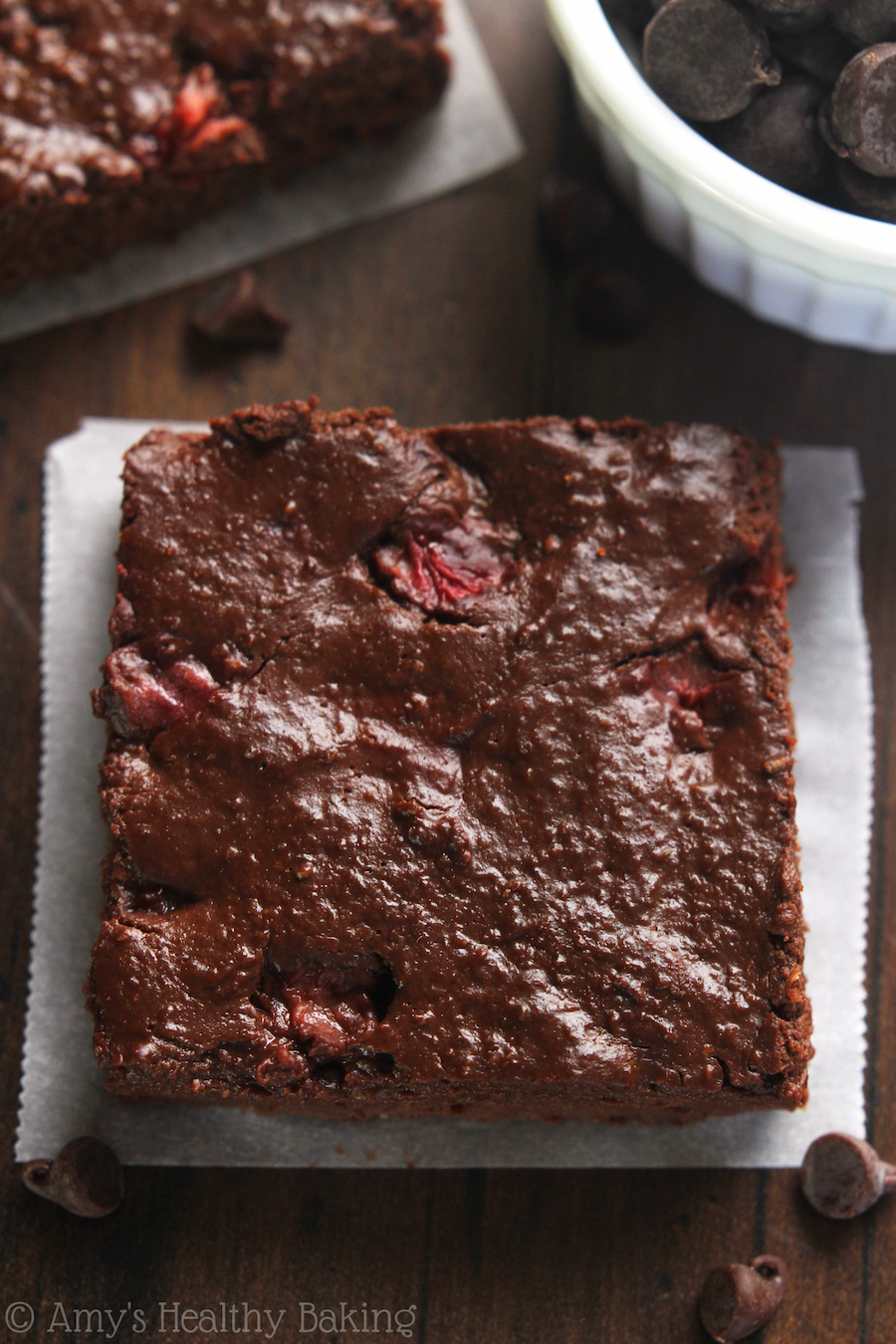 This conversation is sponsored by Silk. The opinions and text are all mine.

The Healthier Chocolate Treats cookbook is perfect for any and all chocolate lovers. Whether you enjoy chocolate occasionally or every single day (that’d be me!), there are plenty of goodies inside for you! Healthier Chocolate Treats contains 50+ brand new healthier recipes. These recipes have never been seen before or appeared on my blog. You won’t find them anywhere else! And yes—every single one contains some form of chocolate. Whether you prefer milk, dark or white, there are lots of treats inside for you!     What Inspired You to Write Healthier Chocolate Treats? I have always loved chocolate. Every Halloween throughout my childhood, I inverted the entire contents of my bright … END_OF_DOCUMENT_TOKEN_TO_BE_REPLACED